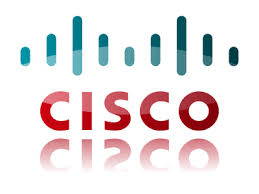 Troubleshooting is about three big things: predicting what can happen, determining the anomalies, and investigating why that anomalies happened. Many network admins break down network infrastructure problems by analyzing the Layer 3 path through the network, hop by hop, in both directions. This process helps them isolate the problem; once they determine which hop in the layer path fails, they can then look further into the details.

There are various tools that can help with network troubleshooting. Let’s review them and see which issues they can help you investigate.

The Cisco Discovery Protocol (CDP) discovers basic information about neighbor routers and switches without needing to know the passwords for those Cisco network devices. This is possible because Cisco routers and switches routinely send out CDP messages that announce information about themselves. Therefore, Cisco hardware that supports CDP can learn about other devices by listening for these messages. CDP discovers several useful details from neighboring Cisco devices:

To see this information, use the show cdp command:Text

This command lists each neighboring device, one per line. Each line provides the most important topology information about the neighbor: its hostname (device ID), the local device’s interface, and its interface (under the Port heading). This interface command also lists the platform, identifying the specific model of the neighboring router or switch.

To get additional details, such as the full name of the model of switch and the IP address configured on the neighboring device, add the detail parameter as follows:Text

Of course, being able to discover a lot of information about neighboring devices is a network security exposure. Cisco recommends disabling CDP on any IP interface that does not have a need for it. To toggle CDP off and on for an entire device, use the no cdp run and cdp run global commands. To toggle it on a specific interface, use the no cdp enable and cdp enable interface subcommands.

You can use the Cisco IOS command show version in privileged exec mode to verify the Cisco IOS version and release number of the IOS software running on Cisco devices. It outputs the following information:

The basic purpose for ping is to check for reachability, round trip time (RTT) and packet loss. In order to troubleshoot a device for these properties, we need to use specify the IP address of the device — for example, ping 172.17.4.6. This command sends an Internet Control Message Protocol (ICMP) echo request and displays one of the following:

! — An ICMP echo reply packet was received within the timeout period (2 seconds, by default)

. — No reply was received within the timeout period.

You can ping from the particular interface by adding the source parameter with the interface name at the end of the command — for example, ping 172.17.4.6 source Ethernet 0/0.

Traceroute is a function that traces the path from one network to another, so it can help diagnose the source of many problems. Traceroute works by sending remote host a sequence of three UDP datagrams with a TTL of 1 in the IP header; this causes the datagram to time out when it hits the first router on the path, causing the router to respond with an “ICMP time exceeded” message. Then traceroute sends a set of three UDP datagrams with TTL 2, so they time out when they hit the second router, causing it to responds with timeout message. This process continues until the packet reaches the final destination and receives a “port unreachable” ICMP message.

Therefore, you can traceroute to test the path that packets chose to move to their destination.

You can also use an extended traceroute command to test connectivity from a specified source — for example, traceroute 10.10.60.6 source Loopback0.

Cisco switches use two different sets of interface status codes. Both sets of status codes can determine whether an interface is working.

Here is the list of status codes and the problems they can indicate:

When you first configure an interface in configure terminal mode, you must administratively enable the interface before the router can use it to transmit or receive packets. Use the Cisco no shutdown command to allow the IOS software to use the interface.

Later, you might want to disable a specific interface to perform hardware maintenance on it or a segment of a network. You might also want to disable an interface if a problem exists on a specific network segment and you must isolate that segment from the rest of the network. The shutdown command administratively enables an interface. To restart the interface, use the no shutdown command.

Many UTP-based Ethernet interfaces support multiple speeds (full- or half-duplex) and IEEE standard auto-negotiation. These interfaces can be configured to use a specific speed using the speed {10 | 100 | 1000} interface subcommand, and to use a specific duplex using the duplex {half | full} interface subcommand. If both of these are configured for an interface, the switch or router disables the IEEE-standard auto-negotiation process on that interface.

Both the show interfaces and show interfaces status commands list the speed and duplex settings on an interface, but only the show interfaces status command indicates how the switch determined the speed and duplex settings; it lists all autonegotiated settings with a prefix of a-. For example, a-full means full-duplex as auto-negotiated, whereas full means full-duplex but as manually configured. While auto-negotiation works well, the default values allow for the possibility of a problem called a duplex mismatch, in which the devices considers the link to be up but one side would use half-duplex and the other side would use full-duplex.

Predicting the Contents of the MAC Address Table

When predicting the MAC address table entries, you need to imagine a frame sent by a device to another device on the other side of the LAN and then determine which switch ports the frame would enter as it passes through the LAN.

When tracing the path that a frame takes through LAN switches, remember that different kinds of filters can discard frames, even when all the interfaces are up. For example, LAN switches can use filters called access control lists (ACLs) that filter based on the source and destination MAC address, discarding some frames. Additionally, routers can filter IP packets using IP ACLs. In some cases, you can easily tell that port security has taken action because it has shut down the interface.

Ensuring that the Right Access Interfaces Are in the Right VLANs

If the show vlan and show interface switchport commands are not available, the show mac address-table command can also help identify the access VLAN. This command lists the MAC address table, with each entry including a MAC address, interface and VLAN ID. If an interface is assigned to the wrong VLAN, use the switchport access vlan vlan-id interface subcommand to assign the correct VLAN ID.

Switches do not forward frames for VLANs that are not configured or that are configured but disabled (shut down). The show vlan command always lists all VLANs known to the switch, but the show running-config command does not. Switches configured as VTP servers and clients do not list the vlan commands in the current running configuration or the startup-config file; on these switches, you must use the show vlan command. Switches configured to use VTP transparent mode, or that disable VTP, list the vlan configuration commands in the configuration files. (Use the show vtp status command to learn the current VTP mode of a switch.) After you determine that a VLAN does not exist, the problem might be that the VLAN simply needs to be defined.

Another step in troubleshooting is to verify that each VLAN is active. The show vlan command lists one of two states: active or act/lshut. The latter means that the VLAN is shut down. Shutting down a VLAN disables the VLAN on that switch only, so that the switch will not forward frames in that VLAN. Cisco IOS gives you two similar configuration methods with which to disable (shutdown) and enable (no shutdown) a VLAN.

Check the Allowed VLAN List on Both Ends of a Trunk

If the allowed VLAN lists on the ends of a trunk are mismatched, the trunk cannot pass traffic for that VLAN. The output of the show interfaces trunk command on each side will look completely normal; you can spot the problem only by comparing the allowed lists on both ends of the trunk.

If trunking is configured correctly, both switches forward frames for the same set of VLANs. If trunks are misconfigured, there can be a couple of different results. In some cases, both switches conclude that their interfaces do not trunk. In other cases, one switch believes that its interface is correctly trunking but the other switch does not.

I got this post from Ryan at netwrix and the original post can be seen at https://community.spiceworks.com/topic/2239301-cisco-troubleshooting-commands?source=superfeed

the post was so well written I figured my horrible typos would nto be any better.

How to find IP of device connected to a Cisco Switch

Deprecated: Return type of Requests_Cookie_Jar::offsetExists($key) should either be compatible with ArrayAccess::offsetExists(mixed $offset): bool, or the #[\ReturnTypeWillChange] attribute should be used to temporarily suppress the notice in /home/mcgeary/public_html/wp-includes/Requests/Cookie/Jar.php on line 63

Deprecated: Return type of Requests_Cookie_Jar::offsetGet($key) should either be compatible with ArrayAccess::offsetGet(mixed $offset): mixed, or the #[\ReturnTypeWillChange] attribute should be used to temporarily suppress the notice in /home/mcgeary/public_html/wp-includes/Requests/Cookie/Jar.php on line 73

Deprecated: Return type of Requests_Cookie_Jar::offsetSet($key, $value) should either be compatible with ArrayAccess::offsetSet(mixed $offset, mixed $value): void, or the #[\ReturnTypeWillChange] attribute should be used to temporarily suppress the notice in /home/mcgeary/public_html/wp-includes/Requests/Cookie/Jar.php on line 89

Deprecated: Return type of Requests_Cookie_Jar::offsetUnset($key) should either be compatible with ArrayAccess::offsetUnset(mixed $offset): void, or the #[\ReturnTypeWillChange] attribute should be used to temporarily suppress the notice in /home/mcgeary/public_html/wp-includes/Requests/Cookie/Jar.php on line 102

Deprecated: Return type of Requests_Cookie_Jar::getIterator() should either be compatible with IteratorAggregate::getIterator(): Traversable, or the #[\ReturnTypeWillChange] attribute should be used to temporarily suppress the notice in /home/mcgeary/public_html/wp-includes/Requests/Cookie/Jar.php on line 111

Deprecated: Return type of Requests_Utility_CaseInsensitiveDictionary::offsetSet($key, $value) should either be compatible with ArrayAccess::offsetSet(mixed $offset, mixed $value): void, or the #[\ReturnTypeWillChange] attribute should be used to temporarily suppress the notice in /home/mcgeary/public_html/wp-includes/Requests/Utility/CaseInsensitiveDictionary.php on line 68